The ANT is my friend, it's blowing in the wind# 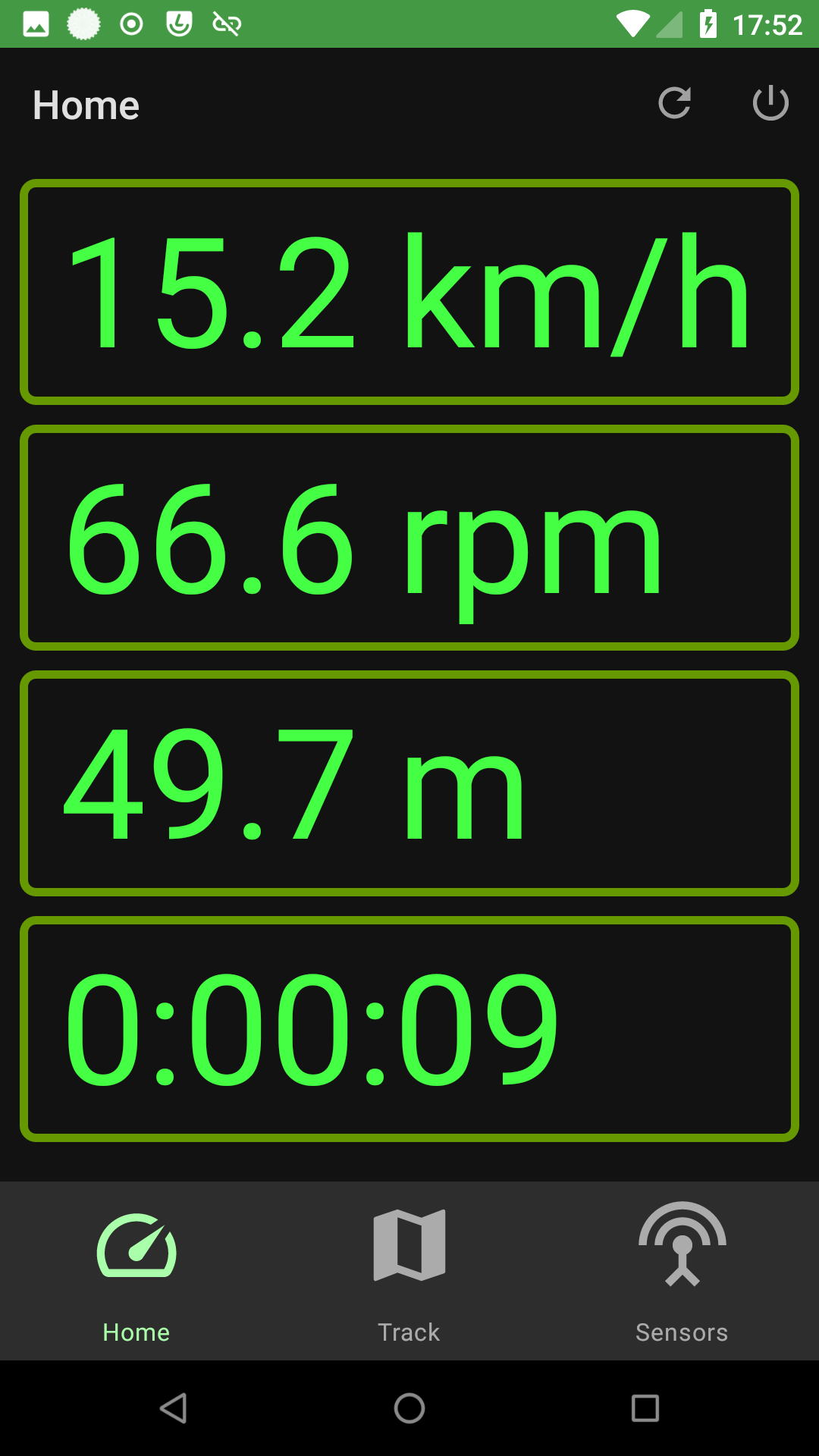 A few weeks ago I won some bike rollers on Ebay, and once I'd mastered the basic skills (pedalling without falling over, stopping without falling over, starting without falling over without holding onto the door jamb), I started looking for some way to measure what I was doing. Another Ebay purchase later and I was the owner of a Garmin GSC10 speed/cadence sensor. (There are two standards for wireless fitness equipment: ANT+, which is the older one, and probably obsolescent, and Bluetooth Low Energy, which is newer but is based on Bluetooth, therefore probably unreliable. Also, in terms of what I could find on Ebay, BTLE is double the price for any brand I'd heard of.)

But the sensor is only half of the solution: I also need something to display the values, and as I already have a handlebar mount for my phone I decided that an Android app would be the thing.

There is more than one route to persuading an Android phone to receive ANT readings: you can

Then I needed an app.

Apps for ANT+ sensors also seem to be comparatively thin on the ground. IpBike seems to be the de facto standard, but after trying it a few times I was struck by acute NIH, and decided it would be more fun to write my own than to figure out whether I could configure it for my needs ...

Three weeks later I'm not sure it is more fun, but it's certainly a learning experience. https://github.com/telent/biscuit