Left to my own devices#

I bought another GL-Inet router so that I would have a device for testing on. Because it was a tenner cheaper, I bought the MT300N instead of the 300A. 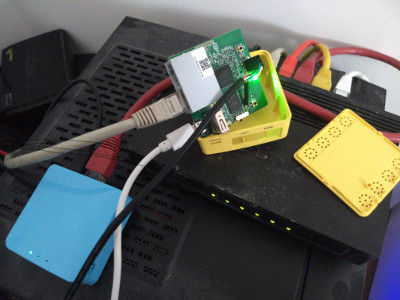 I am probably going to stick with 4.14 anyway even if it's not strictly necessary, it looks like Openwrt is already using it as default on ralink/mediatek boards and there seems no point in being intentionally out of date.

Current mood : quite stoked that a new device I received on a Friday is running nixwrt by the following Wednesday - maybe 10-12 hours of actual hacking time later.

Thinking about next: how to do upgrades of production devices without needing to take the covers off again. I think it's going to involve kexec