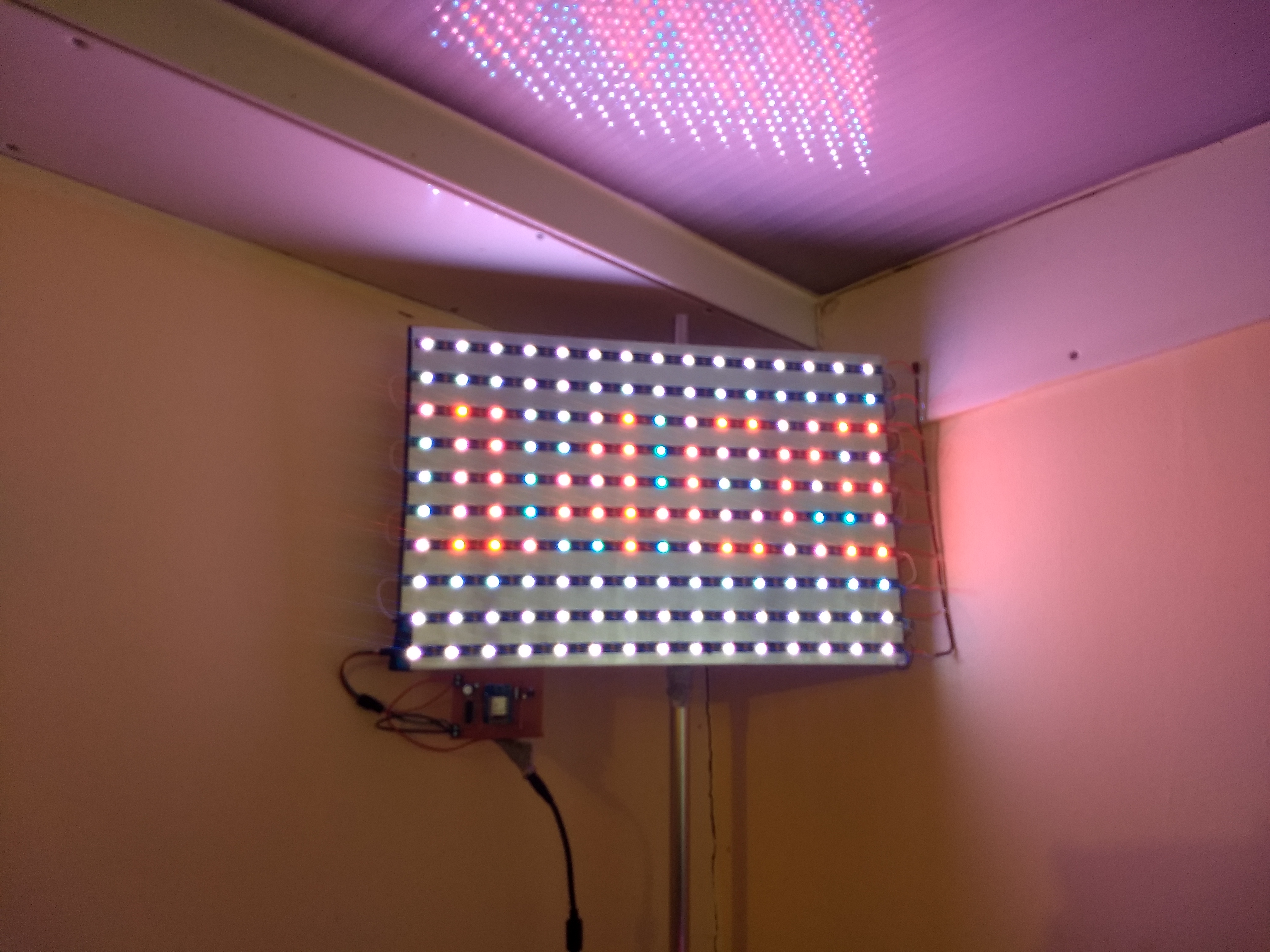 The led strip came from my Christmas lights, as did the circuit - now transferred from breadboard to a more permanent soldered stripboard. The Arduino sketch, known as Dolores ("do lo-res") is all new, though, and parts of it (the bits that are plain C++ not Arduino code) are even unit-tested.

But now I can send it any picture I like. Here's a digital clock -