[ meta: I wanted to call this one "sudo make me a LAN switch" but now the MRAs have ruined that phrase for everyone ]

I got networking working on the GL-MT300A. This entailed:

This is slightly cargo-culted (I Read It On The Internet), but by removing the pinctrl-0 entry from the &ethernet stanza I managed to change the bootup mesages from saying

which felt a lot like progress but did not result in actual connectivity.

After trying the obvious culprits (firewall rules? weird routing?) for why my board was not seeing the network - indeed, not even able to ping its own IP address - I studied the dmesg output a bit more closely, and noticing the line

I took a wild-ass guess that given I knew the the device contains some kind of network switch, maybe the switch doesn't come up in a useful state. So we needed a tool of some kind to reconfigure it and apparently the appropriate tool is swconfig

(If you followed that link and struggled to understand what it was talking about, be assured that it means nothing to me either. Ure not alone)

Building swconfig is easier when you start with a fork for Debian instead of the original OpenWRT package: I simply made my kernel derivation install the header files (first time I have written a multi-output derivation, but turned out that in this case it was a one-line change), wrote a derivation with libnl as a dependency, and created an 80MB filesystem image.

PRO TIP: don't override phases in a Nixpkgs derivation unless you understand what is done by all the phases you didn't include. In this case, not running the fixup phase meant that nothing ran the "shrink rpath" magic which removes unneeded compile-time dependencies from the runtime dependency list. Image size go boom. 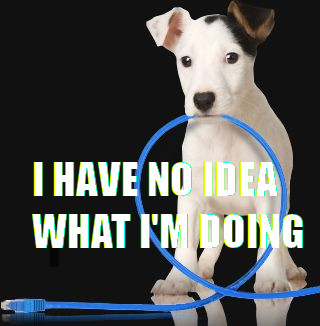 I spent some time trying to figure out what I was doing with vlans and port configuration and worrying that when it said link: ?unknown-type? against each port that would mean I had to tell it somehow what kind of link type to use. Then eventually I hit on

and as if by magic (= "insufficiently advanced understanding of technology") it all started working. When I eventually want it to function as a switch, obviously I will need to revisit this. But that is Milestone 1 and this is Milestone 0 - sufficient unto the day etc etc.